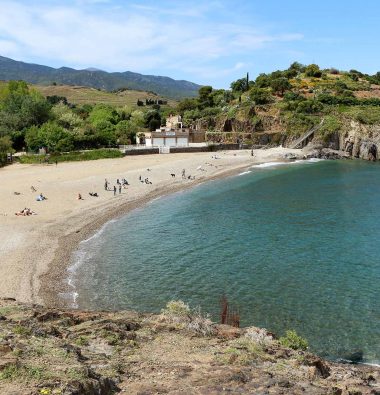 The jewel of the Cote Vermeille – totally charming!

Collioure, an historic village, nestled in a sheltered cove, on the Mediterranean coast, has successfully retained its traditional Catalan charm. During the 20th century, many artists including Picasso, Duffy and Matisse came to stay here, inspired by the beauty of the place.

The town is known for its imposing Royal château, which was used as a military port, its clock tower overlooking the beach and port, its traditional Catalan fishing boats and anchovies, its exceptionally sunny climate, beaches, and sand and shingle coves.

Collioure is a charming, tourist town with strong, Catalan traditions. Its vineyards are planted on steeply angled terraces, looking out across the sea. Collioure and Banyuls produce excellent wine and there are numerous wineries to visit.

Places to visit in the Region

The Eastern Pyrenees are located in the south of France, north of Catalonia, on the border with Spain, in the Languedoc Roussillon region.

It is a region of contrasts, starting with a 40 km stretch of sandy coast to the North, followed by a 20 km stretch of rocky coastline, known as the Côte Vermeille, including 3 valleys (the Têt, Tech and Agly), the Roussillon plain, the Albera and Corbières mountain ranges, and the Pyrenees, not to mention the iconic Canigou mountain.

It is one of the few French departments where local residents and tourists can experience the delights of both sea and the mountains.

The field is mandatory

Downloads
We use cookies on our site to ensure the best possible experience for our users. If you continue to use this site, we will consider that you have accepted the use of cookies. OkEn savoir plus